Mina Is Not Impressed With the Puppy

Chloe and Mina met this morning. I discovered Chloe has slight resource guarding issues around other dogs. Mina had to lay the smacketh down. Which just means I have to a) manage her issues and b) teach her to act polite with treats/food around other dogs (namely Mina). She is not a resource guarder with people.

But that first reaction has left Mina unimpressed with Chloe. The opposite of aggressive, though. Mina just wants nothing to do with Chloe. Point of fact, after I took these pictures, Mina refused to come in...even though it was raining. Mina hates rain, but she apparently hates Chloe more. This makes me sad. I had to carry Mina in. With Sherman, Mina enjoyed having him around 75% of the time. We could sit in the living room, the three of us and Mina would be relaxed and comfortable.

It's only the first few hours, of course, and Mina will relax a little more as the days progress. 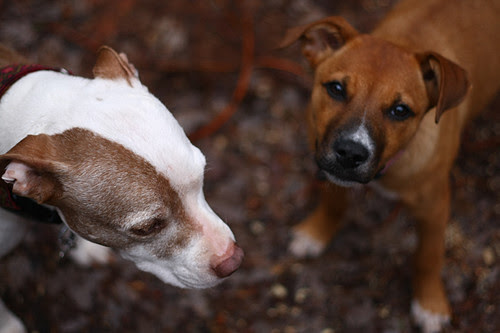 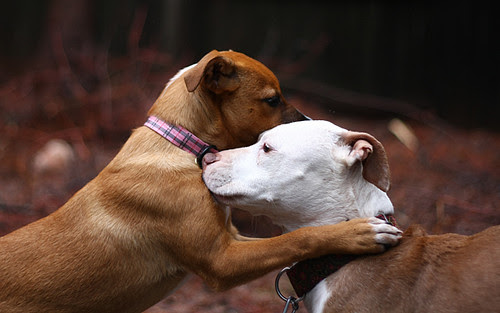 I love Mina so much. I am sure she will settle down a bit and stop looking EXTRA-EMO: 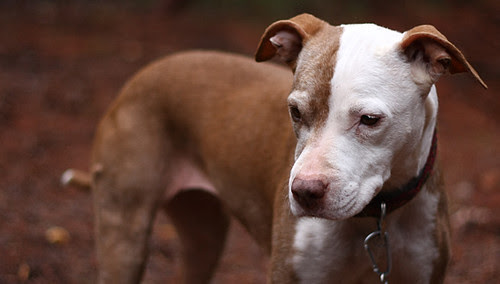 Celeste hates Chloe. That was to be expected.
Posted by Unknown at 12:58 PM