Male deer engage in territorial disputes during the mating season. Fights between bucks may result in the two animals' antlers becoming entwined with one another. Sometimes the animals are able to separate from each other, sometimes not.

Two deer in Illinois were engaged in a prolonged battle with one another, when police were called. Four officers responded.

At one point, the bucks become so exhausted that they collapse to the ground.

This is when one of the officers decides to "separate" them by shooting at the deer multiple times. I find it a little implausible that it was the bullets that magically separated the antlers, but we'll go with it.

One deer appears uninjured, but the video does not show what happens to the second deer who is clearly wounded and barely able to run off. I'm guessing he was shot by a bullet.

I had to laugh a little at the PETA staff person's suggestion of "comforting" the deer. It's the height of human arrogance to assume that a wild animal about to be shot at needs "comforting" by human beings. Wild animals generally do not like to be handled by humans nor do many want to be around us. It is unbelievable to me that these two stressed out, angry deer would appreciate a little hug from a human.

Those two animals did not need comforting - they probably just needed to be left alone. Or I guess shot at.

Wishing the best to those two deer.
Posted by Unknown at 10:00 AM No comments:

Last August, New York police responded to an emergency phone call regarding a man who had a seizure and whose dog was making it difficult for people to help. When police arrived, in lieu of assessing the situation and of trying to render assistance to the medical emergency, they ended up shooting the dog in the head. I wrote about it last year (the post does include the video, which is very graphic).

This is why I think all police encounters should be video recorded. Most will be mundane, but too many police-human and police-nonhuman encounters are not. And when we are giving this much power to a small group of people, it's easy for that imbalance to result in  This video is so important because it highlights some very real problems with the way these officers dealt with agitated animals, agitated humans, and injured humans. 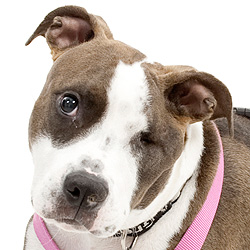 Luckily for the dog in the New York shooting, she (Starr, now Shiloh) survived. Her left eye had to be removed, and she has very little hearing abilities. Because of her lack of hearing and vision (or perhaps b/c she just doesn't like dogs!), Shiloh is wary of and sometimes reactive towards other dogs, so she should be an only pup in a dog-savvy home.

Shiloh is available for adoption through, of all rescues, the National Greyhound Adoption Program.

Champaign Police Will Receive Training After Shooting Up Neighborhood

The officer arrived and immediately opened fire. He aimed for the Labrador Retriever, killing the dog. When the Pit Bull disengaged, after being struck as well, the dog started to run away. The officer continued shooting at the dog.

I have included a quote from the article. So we are clear, the officer who claims to have been concerned that "no people were in the area" while he was discharging his weapon somehow managed to pump a bullet into the occupied home of a woman. When shooting at a moving dog in a residential area, there is always a potential for injuring other people or nonhumans.

"Saathoff disputes that Davis didn't mean to harm or kill his dog and the police reports say Davis aimed his gun "at the large brown solid-colored dog, certain that it was the aggressive dog."


He fired seven shots in all, noting he made sure there were no people in the areas where he was firing before doing so. Three of the shots were aimed at the pit bull after the Labrador had fallen, including one fired at the dog as it ran in front of 702 Crescent Drive, Davis' report said.

One of the shots landed on the kitchen floor of a first-floor apartment at the Round Barn Manor at 2000 W. John St., damaging a wall and ceiling, according to the report of a different officer sent to investigate.

In light of this particular shooting, Champaign police will now receive training on how to better handle dogs. Like maybe different methods of handling two dogs engaged in normal canine behavior - fights.

Neither dog posed a threat to human beings. They were focused solely on each other. Neither dog deserved to be shot to death, and I hope the training of officers results in better methods of handling canines. We'll see.

Posted by Unknown at 8:00 AM No comments:

My name is Mina and I have been abused in the worst possible way today. 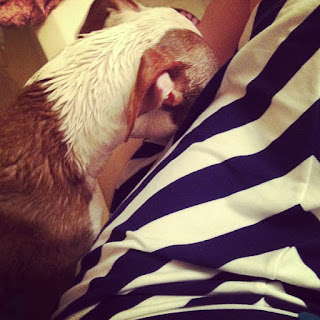 I am uncertain who came up with the silly notion that dogs need to be "clean". The fact of the matter is that we are clean. When you douse us in stupid soapy crap, we become smelly and subsequently must roll in fifty cow poop piles or dead things in order to be clean and spiffy again. 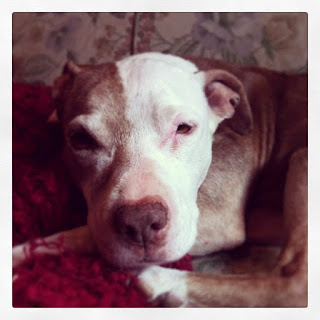 With a lot of annoyance,

Posted by Unknown at 7:06 PM No comments:

Goat in a tree 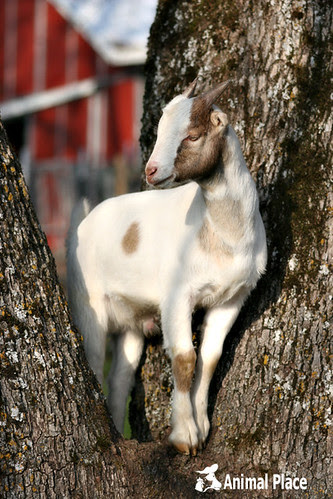 Noah likes trees. There are goats in Morocco who practically live in trees, subsisting off of the fat-rich nuts the trees produce. Noah would like to be one of these goats but will make do with this oak tree.
Posted by Unknown at 6:56 PM No comments: