Chloe Has The Mange

I am not 100% sure about this, but it's not ringworm (I'm highly susceptible and there are non-round patches).

My preference is not to use the traditional western medicine treatment of mange. I looked through Dr. Pitcairn's, at the suggestion of a coworker who used an echinacea treatment with success on her dog, and found two options - twice daily compresses of echinacea for at least five minutes and a dilute of lavender oil painted on her spots.

I also wanted to avoid going to the vet, if I could. Chloe is slightly fearful, and I REALLY do not want to put her through the over-stimulation of a vet's office until she is ready. Or at least more ready than right now.

I was thinking of trying the lavender oil, since it's more accessible and does not take as much time. Chloe is not one to sit still for five minutes with a bunch of towels on her.

Anyone have success with other herbal remedies? Most mange goes away. I am not overly concerned about this development, but I do want to try and treat the exposed skin.

Plus, a photo of the mangy dog in question. Who would like to get adopted! SHE CHASES HER TAIL! I am working on getting her to do it on command so it does not appear as neurotic of a behavior. It's cute, no matter what. 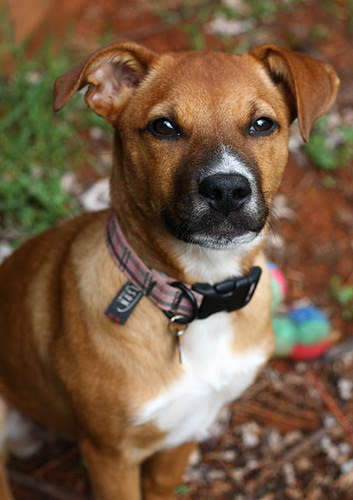