Have you ever wondered if your dog is obsessed with fashion scarves? Probably not. But if you have, here are three signs indicating your dog's love affair with scarves. These could be signs for celebration or an intervention. You decide.

1. Wears the same scarf but in different styles
It's never enough to wear a scarf in one manner, a truly scarf-obsessed canine enjoys a variety of styles with her scarf. For example, Mina uses a fancy knot looped around her neck in one shot, then brings that sucker up over her head in the next. One, a dapper scarf for a jaunt around town. Two, concussion treatment? 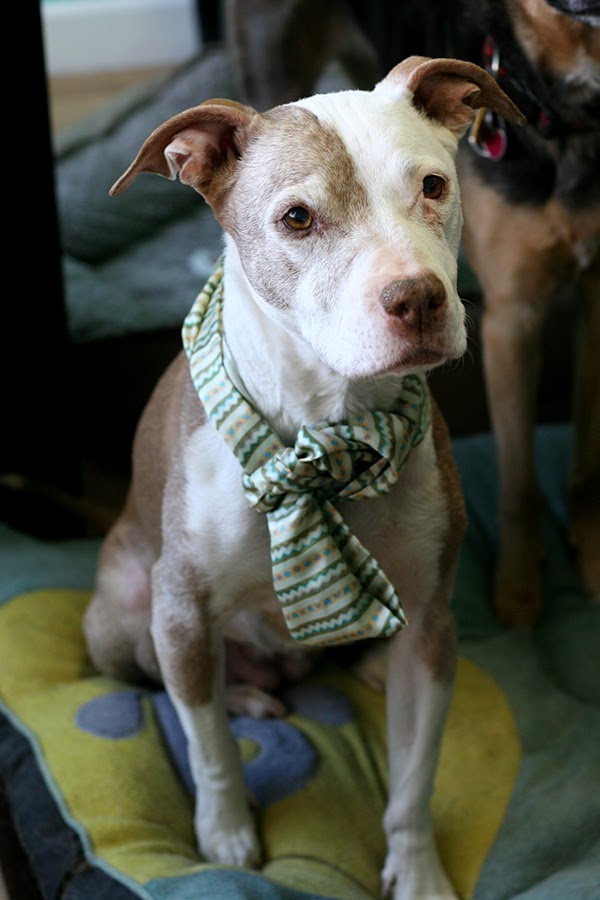 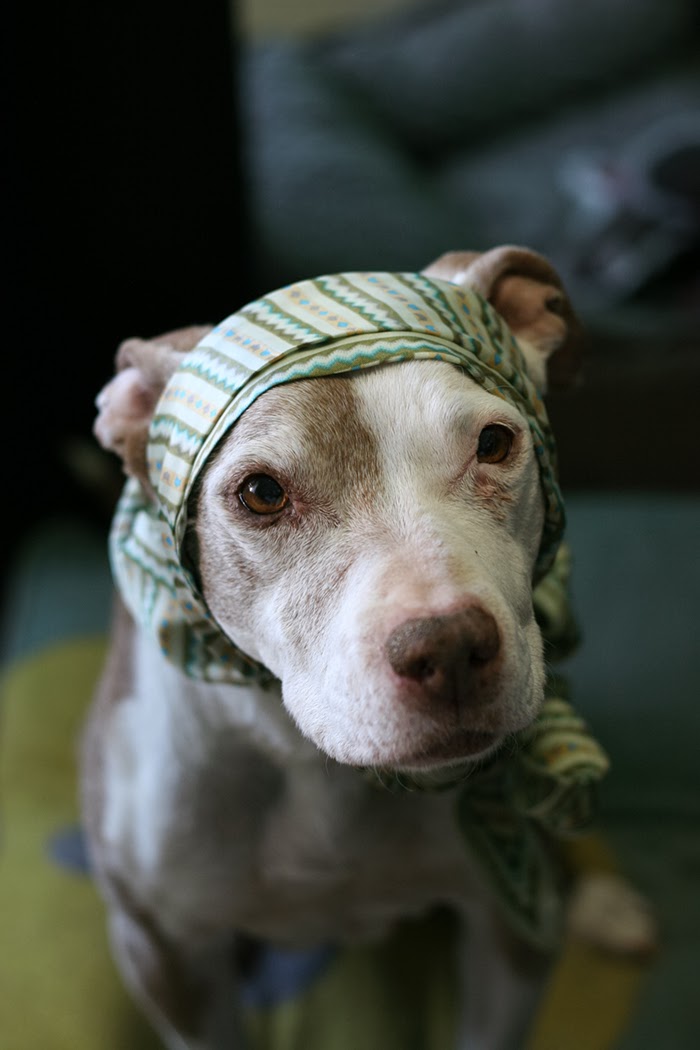 2. Modifies facial expression dependent on style of scarf
A dog who loves scarves knows to project the emotional intent behind the scarf. Mina understands this blue bandana in a puffed up bow warrants a big 'ol Pit Bull smile. This is not a serious scarf, this is a drive-with-the-top-down scarf. 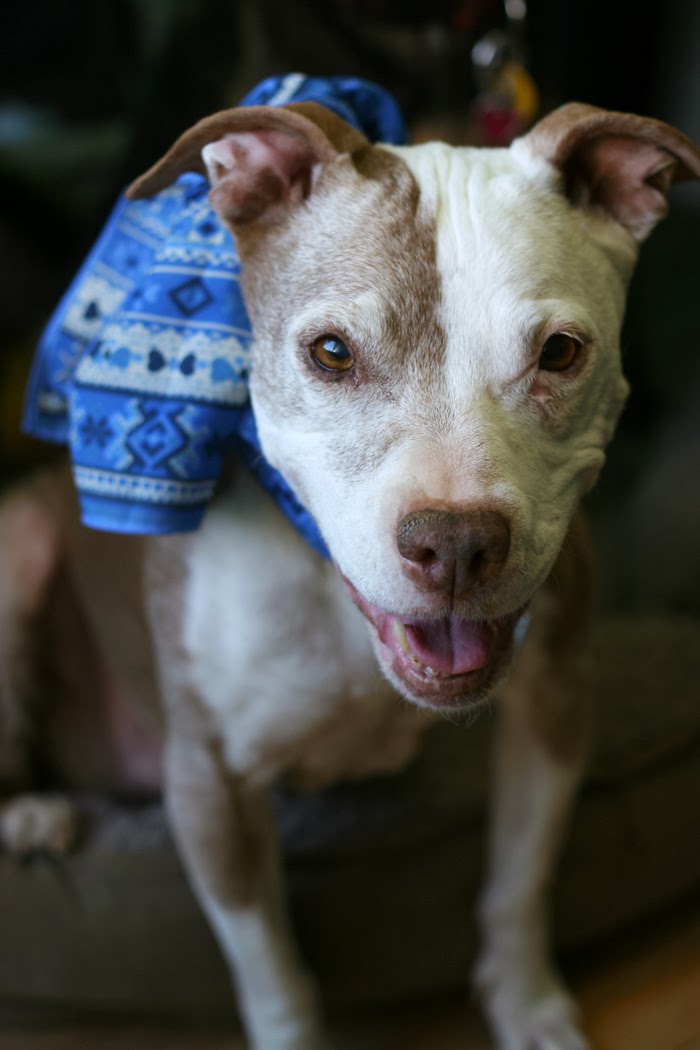 3. Expects a B&W sophisticated version of every photo
The self-respecting scarf-loving canine has certain expectations when it comes to the final product, including a mandatory B&W version. Mina is either channeling her inner Audrey Hepburn or someone's grandmother. 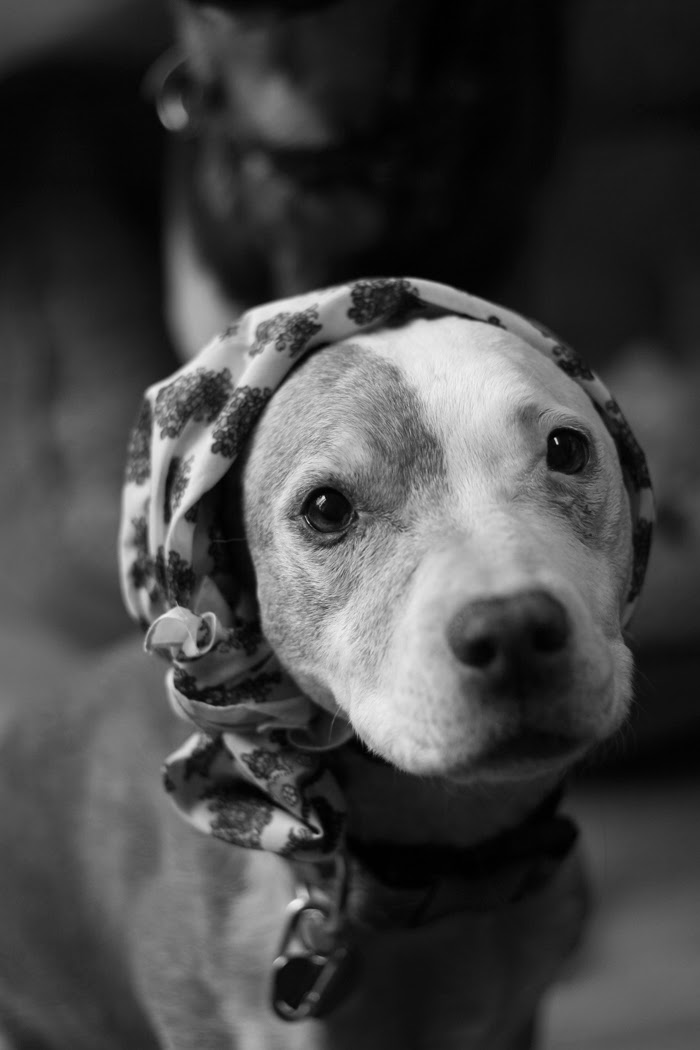 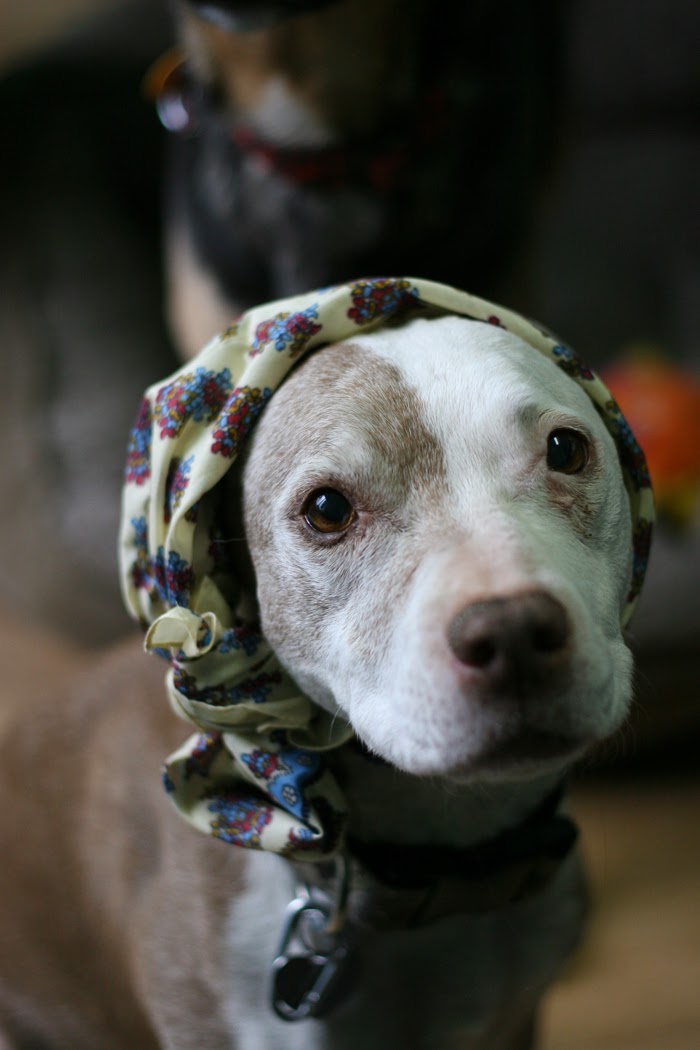 Whether Mina loves scarves is debatable. She loves me. She loves cookies. So the combination of the two certainly creates an atmosphere in which wearing a scarf is the least of Mina's concerns. I think Mina appreciates being the center of attention too. Scarves give her that platform. Mina wishes all dogs could wear scarves, but her sister Celeste disagrees...she'll be featured soon with 3 Signs Your Dog Hates Wearing Scarves. Stay tuned.