Toby is starting to get bitchy with Mina. Good thing he is going to his new home. He'll just be all GRRR! and Mina will be all WUT? And I'll be OH NO YOU DID NOT! Then both of them fall back asleep.

On the bright side, Toby discovered the toy box and he better get one of those at his new home. He was so pleased with his ability to take every toy out and nibble a little on each one. Then he settled for the handle to his crate that he tore off the first day here. Comfort chew toy, I guess.

The past couple nights, Toby has insisted on spooning Mina. She likes the whole concept but is a little leery of the dog who randomly growls at her. I kinda think he does it because I get all googly-eyed and bust out the iphone and take a bazillion pictures.

Trust me, Marji, we are IN LOVE! 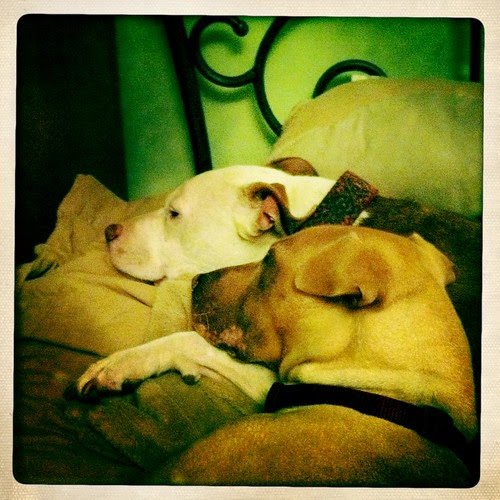 Um, yeah, did you catch that on camera-film? 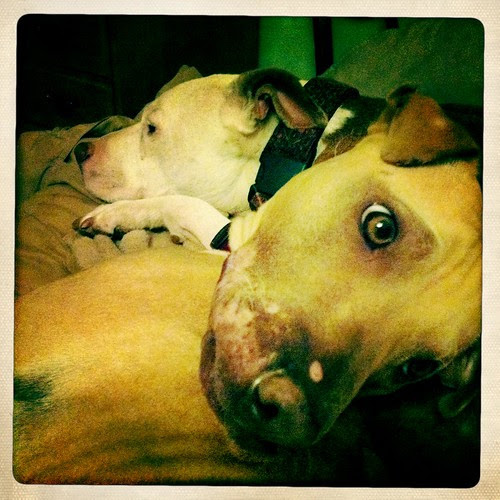 Countdown to Thursday transfer to his new home has begun!
Posted by Unknown at 10:00 AM