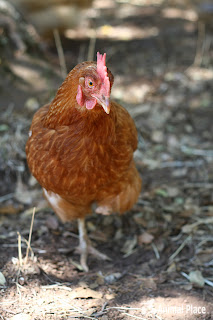 Yesterday I went to the Whole Foods Market in Napa (where my parents live) and discovered the store plastered in sale signs promoting dead chicken flesh.

One of the entrances was covered in so many signs, you couldn't even look inside - there must have been 50. I'm not exaggerating. Another 40 poster sized signs were taped to the outside of the building.

Standing outside, a man wasting time in a chicken suit.

Inside, little outlines of chicken feet walking you to their dead corpses.

Every ten minutes, a woman screeching on the speaker about the $5 sale on dead chicken bodies. And it wasn't merely a "hey, we got a sale" it was literally 1-2 minutes opining on the wonders of dead chicken bodies and, hey world, did you know you can stick dead chicken parts on salads, in sandwiches, and enchiladas? The world's mind is collectively blown to learn this apparently novel information.

On their facebook page, the Whole Foods Market Napa held a contest about why the chicken crossed the road. This is the winning comment, ".because it saw no cars were coming but was sadly mistaken and now it's on my dinner table perfectly seasoned with 365 spices and garnished with organic veggies. How's that?"

This is telling, to me. The chicken is an "it", an inanimate object. She was not rendered unconscious with gas and her throat slit, no she was hit by a car. And because humans do not appreciate the simple taste of raw or unspiced dead animal flesh, this person had to spice up the meal in order to enjoy. Oh, but organic veggies! How's that? Totally disconnected from reality.

Now if the Whole Foods Market Napa treated all of their sales with such gusto, perhaps I would be slightly less bothered (but only slightly).

Like if the sale of avocados they recently had involved a dude dressed as an avocado outside the store, or little miniature avocado trees leading you to their fruits. Or a little guacamole making session that ended with you getting five avocados for five dollars. Or, you know, a little FB contest on who could make up the best avocado theme song.

But they didn't do that. In fact, if you walked into the Whole Foods Market Napa on the avocado sale day, you wouldn't even have known where to find the avocados. There was one small pile-up hidden away...probably because they weren't going to make money off of selling hella expensive fruit for so cheaply.

We don't need dead chickens to survive. Not eating them will not end our lives. We will not be entering a barren wasteland where the only food available is tasteless and bland. There is no logical or rational or emotional reason for eating chicken....people just like how it tastes and they've been eating dead animals for years. That's it! That has never been a very good reason to continue a practice that involves the unnecessary stealing of another feeling, thinking being's life.

I'm not surprised by Whole Foods Market Napa choice to rabidly encourage people to eat dead chickens, but I still found the experience jarring, uncomfortable, and deeply disturbing.
Posted by Unknown at 10:09 AM