Why Everyone Should Want to Adopt Carter

Let me get it out of the way - Carter is blind, and he finds great enjoyment from life and people.

Here are some reasons why you should want to adopt Carter. Also, here is his bio. 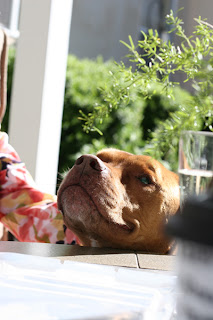 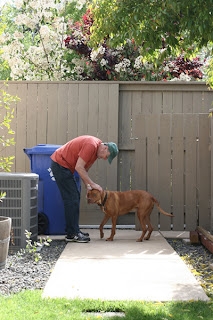 He is so fierce that he will hear for an intrusion and immediately leap into action. Nevermind that his first response is to wag his tail and look for head pats.

Carter is adaptable and will sleep anywhere, using his surroundings as (uncomfortable) pillows. 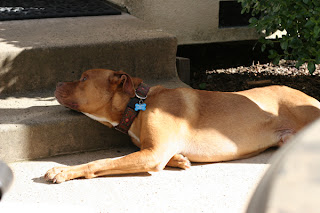 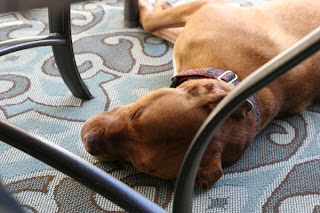 He is handsome and goes well with a lot of difference color schemes. 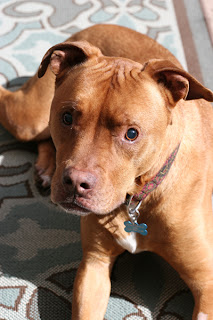 Carter is a good listener. Even if he is looking in the wrong direction. 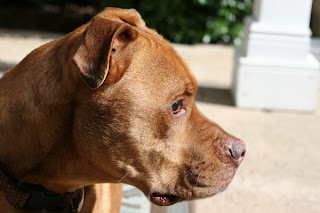 The background information you need to know about Carter is as follows: Carter was adopted from a shelter when he was 4-mos-old. He lived happily with his family for six years. The family had a child and returned Carter to the same shelter. Veterinarians noticed Carter's blindness, contacted the family and asked if they knew Carter was blind. The family said no, took him back for a year, had a second child, and gave Carter up again. This time for good.

Carter is seven years young. He enjoys small excursions into the backyard for games. His favorite games include tug of war and chase. If you are not interested in a dog who requires fifty-five miles of hiking, Carter is the dog for you. He is not interested in even one mile of hiking. Carter is a home-body and loves spending time near his people. That is not to say Carter doesn't enjoy physical activity, but he's no marathoner.

While it may seem like being blind is difficult, Carter disagrees. He relies on his most powerful sense - his nose - to create a spatial map of his surroundings. Given the appropriate amount of time to explore, Carter remembers routine routes and landscapes with ease. Yes, he bumps into things, but he is unperturbed. You should be too.

Carter really loves people. He would love to have a person who can stay at home part of the day. Well trained, Carter does not pee or poop in the home, but he does love sleeping on the sofa. This should not pose a problem, because he only does it when you are not looking. So it's like it never happened.

At home, Carter likes a few moments of attention and then settles down on his own bed to relax.

Carter does not get car-sick and enjoys car rides where he can stick his fat head out the window every now and then.

Carter would like to be a one-dog home. Or, he would like a home where the other dog is mature, large, and very tolerant. While Carter can smell other dogs, he misses out on sending and receiving very important visual cues. He bumps into things and will bump into other dogs - a less tolerant dog may deem this a threat. Carter has met several dogs. Most have reacted to his seeming lack of grace with a few snarls and barks. He has reacted by backing away or barking but has not shown an inclination to engage further.

Carter is big! You must like a solid, muscular dog with a big head for hugging to appreciate Carter. He is powerful and can pull well. Training would help, but he does not enjoy a lot of outside activity because it is too stimulating.