Maningrida dogs kill man, what should be done? 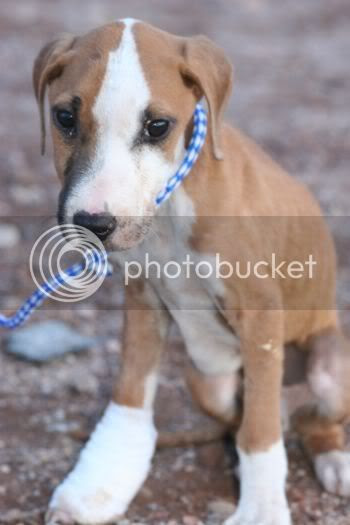 Today, I read about a 22-yr-old man mauled to death by a pack of dogs in Maningrida, Northern Territory, Australia.  In the article, it mentioned "dog dreaming" as being an integral part of the culture in Maningrida and that residents are averse to the idea of putting down a dog, even if s/he exhibits aggression towards people.

Maningrida is an indigenous outpost in the northern territory of Australia. The closest "large" (120,000 people) town is Darwin, around 300 miles west of Maningrida. Dozens of languages are spoken with a population of around 2,600 people. The settlement was established after WWII as trade outpost, then a few years later converted into a Department of Native Welfare settlement* (please read link below for more information). Now it is a self-governed, permanent settlement, although most of the funding is provided by the government.

The town is relatively self-sufficient in terms of energy, sewage treatment and water resources. They operate a diesel powered generator for electricity and subsist off of relatively-clean, safe drinking water. Solar-hot-water systems are employed as well. They are connected to broadband internet, although less than half of the residents actually make use of it. While it may sound like "they have it made", employed residents, on average, make $150-399 a week (the upper end puts them at less than $20,000 a year). The unemployment ranges from 8-13%, demographic depending, which is far higher than comparable cities.

Like with many rural, poor regions with insufficient infrastructure for humans, let alone animals, there are many stray or "loosely" owned intact dogs. Here's a picture of one such dog. And like with so many of these communities (no matter the culture), there is a reticence from residents to accept the assistance of "outsiders". There are reasons for concern, of course - one traditional method "outsiders" use to reduce the population is through massive culling efforts, often without consent from owners. Obviously a feeling of resentment can build from such endeavors.


There is also a misconception that individuals in rural, poor or non-suburban settings care very little about their dogs. Much of this arguably stems from what I can only assume is racist thinking (subconscious or otherwise) or the rather elitist notion that only dogs safely ensconced in a home are happy. This report found that indigenous people in Australia miss their dogs when they have to leave them (94%), feel animal welfare is important (85%) and most felt dogs were an important/welcome aspect to their community (75%). My experience working with extremely poor residents in the state of Chihuahua, Mexico lead me to the same conclusion.

In Maningrida and probably elsewhere in aboriginal regions of Australia, there are customs surrounding dreaming, many that specifically involve dogs. There is even a special ceremony for dogs, and the belief that we must not interfere in a dog's death unless we can understand that the dog wants to die (and, in the link, giving a "sleeping injection" is acceptable). So knowing that residents of Maningrida feel this way about dogs, that they tend to take a more hands-off approach to medical care and the like, it makes little sense to approach the canine population problem with an aggressive approach (which is invariably true of many things, yes?)

This report details how best to approach the issue of animal welfare from the perspective of indigenous people. What may seem obvious is not so obviously employed. Treat people with respect. Use the language that the people living in the area can understand - in one example, a poster up near a settlement detailed the animal welfare laws in the area. In English. The sign became a joke but points to knowing your audience (which I have issues with at times). Don't kill dogs. The people of Maningrida do not want their dogs killed - many are cherished companions, working dogs, protectors or symbols of a cultural way of life. Don't suggest culling as a method of reducing the dog population. It doesn't work, anyways (unless every single intact dog is eliminated and NO intact animals enter the settlement, pre-cull populations will be re-established in a short period of time). And be realistic. A veterinarian is not likely to set up shop in Maningrida when it is unlikely anyone can afford the going rates. Here is an example of what has worked in Maningrida.Obviously, it is an uphill battle - there are not enough resources to maintain such a program and it is, by necessity, limited to outside veterinarians coming in. Even with a system of inside participation, a program that consistently relies on the aid of an outside person is, in this particular case, not going to eliminate the problem.

Which is why this quote from the article shows a clear inability to understand the problem: "However, whenever you do go up to the families who own these animals and ask for them to be voluntarily destroyed, they do decline that option"

Well, of course they do. Their culture is different, their perspective is of a different slant. The program of castration and vaccination employed by AMRRIC takes that into consideration more so than the quote from the politician. 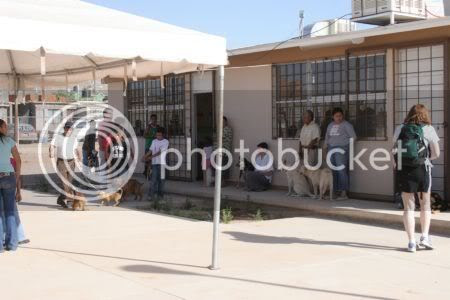 These quotes bother me. The idea that we have to destroy dogs living in poor areas bothers me. And the idea that these people are too stupid or too disinterested in the problem bothers me. Celeste is from Mexico. She is one of thousands of strays and neighborhood dogs who live what I admittedly consider a sub-par life, as it pertains to medical care. In other ways, many dogs seem happier there - they follow their people, get enough exercise and engage in entirely normal, species-appropriate behavior (one of which, mating, obviously exacerbates the problem). They also get hit by cars on a ridiculously frequent basis, die of starvation, are abused, and have more health problems than their urban counterparts. Pros and cons. The spay camp I helped on castrated 300 dogs in four days. People lined up for hours to get their animals neutered. They learned about proper care of dogs in a language they understand. They were not chastised or berated. Their children were given clothes and toys and other freebies. What I'm getting at here is that this program treats everyone well, humans and dogs alike. And I think that type of program is far more considerate, kind and appropriate than culling or openly chastising Maningrida residents for not wanting to kill their own dogs.

I have not watched it, but there is a movie about dog dreaming, or the myth/creation story of two ancestral beings creating the dreaming lands.


*You can read a bit about the history of aboriginal people, specifically the issue of child welfare in Australia here (it isn't pretty). Link isn't working, here's a new one.
Posted by Unknown at 6:30 PM

Thanks for this! It's excellent. I'm going to send it to an Australian politician who works on both animal welfare and indigenous issue. But first ...

they do decline that option"

Well, of course they do not.

I found this article rather disturbing - for more than one reason. First - a very common ploy for those trying to justify their own precarious positions at any cost - the early suggestion that anyone opposing the uncontrolled dog ownership is somehow racist!!!! What a ridiculous remark! The only indication one can draw from such a comment must be in regard to the bigoted nature of the author himself, and, at best, described as a prime example of racism-in-reverse.
Now, let's cut to the chase. I live in Maningrida. Yes - I have my home here. I see the dog situation every day. And yes - some of the indigenous dog owners do properly care for their dogs. Some - but not many. For the most part, dogs are permitted by their owners to roam free and to form large and uncontrolled packs. Many are underfed and hungry. Contests and dog fights over females, food and territory are commonplace. Sometimes the dog fights result in some quite nasty injuries. Packs of dogs roam their territories making traveling anywhere by foot - at best - a hazardous undertaking. One should expect to be menaced by a pack on every journey. Menacings by dogs in packs is a daily occurrence and I have heard that actual physical attacks involving injuries are running at up to about 10 per fortnight. And no one seems to care enough to do anything about it. Dogs are often seen in large numbers roaming public areas, the shops, park, even the school ground, where fights over females, territory and food scraps are commonplace. Amazingly, no children have been attacked as far as I know - yet. And that is not to count the fact that many of them are visibly stricken with mange, which can then be passed on to the children as scabies,amongst other disorders.
There is no nice way to say it - the dog situation here is completely out of control, making living here a potentially very hazardous health and safety situation that no one in authority seems to care about. Pity help anyone coming with a family!
Yes - a great many of us who live here - both indigenous and white - have great concerns about the dog situation. And this writer for one is fed up with hearing about the 'welfare of the dogs', loose packs of which often seem hell bent on having us for dinner - literally - as did happen to one fellow of recent times. Perhaps those who make this suggestion should bring their children to live here for a while, and we will see how many dog attacks it takes before they change their minds!
The fact is that - at this moment - there seems to be that nothing is being done to fix the problem. The council - with which the prime responsibility for animal control rests - has put it in the 'too hard basket', programs to sterilize the animals don't seem to have made to much obvious impact and the owners, for the most part, do little if anything to control them. Perhaps it is well past time that the authorities took off their blinkers, showed some leadership and saw this situation for what it really is - a gravely serious public health and safety risk that us in desperate need of urgent, decisive and immediate action.