What the Traditional Shelter Model Means for Dogs

Sunday I posted about what the new no-kill paradigm means for the dogs of St. Louis after their city shelter was taken over by a nonprofit...instead of killing 50% of all incoming dogs, the nonprofit has killed a grand total of 3 in the past six months. Instead of adopting out a measly 300 dogs in a year, the nonprofit has adopted out 120 dogs a month. I profiled a few of the dogs available for adoption who would not be alive under previous management.

This is not pie-in-the-sky naivete. The no-kill paradigm can be made a reality for nearly every single shelter in this country...if we want it to be.

As a contrast, here is what the traditional shelter model means to dogs. In Sacramento County, more than 60% of the dogs who enter the shelter don't come out alive. On a dog rescue listserv, a rescue group posts all the dogs who have come into the shelter in the hopes other rescue agencies will pull dogs. The list also includes dogs who don't make it...they are all given the "Unfortunately, this animal was euthanized." tag line, as if it the taking of another life is just unfortunate happenstance.

This is what the traditional shelter paradigm is doing to dogs. Warning, it's not pretty. 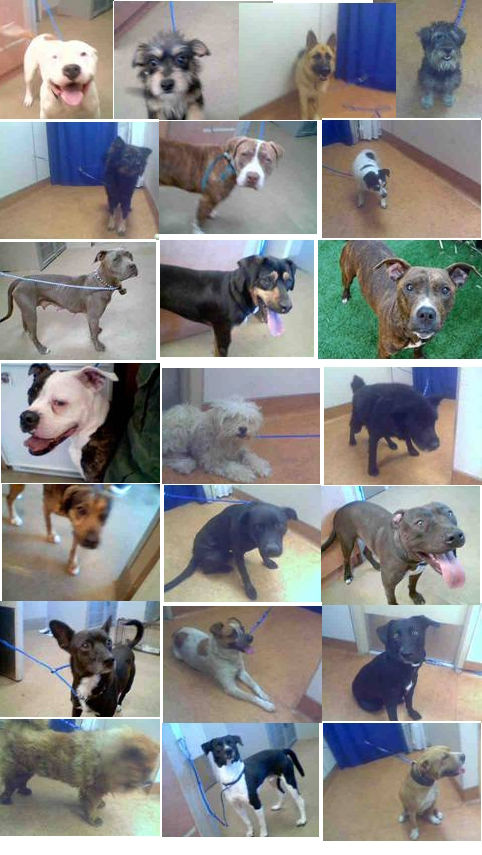 Now maybe a few of these dogs have irremediable health problems. But my guess is most were the wrong breed with the "wrong" temperament and failed the most basic and pathetic of behavioral temperament tests. They were probably shy or food aggressive or maybe dog or cat reactive. Maybe they were outright aggressive. But none were given a chance at behavioral modification.

Sacramento County's shelter is far larger than St. Louis' city shelter. They take in around 15,000 animals a year, compared to around 2,000 in St. Louis' city shelter. They have been the recipient of exceedingly harsh budget cuts, but I imagine many shelters have been on the budgetary chopping block as well. They moved to a new 22-million dollar facility...I can't help but wonder if significant improvements could have been made to their previous one for half the price with the other 10 million going towards aggressive outreach/adoption events, aggressive volunteer and foster recruitment, aggressive ad/media campaigns increasing adoptions, etc. ad naseum. I love the new shelter, really I do, and it was desperately needed (when I used to volunteer there, the shelter housed 4-6 dogs in kennels made for 1-2 dogs...now they have space for up to a 1,000 dogs and cats), it's just hard to reconcile with the current economic situation.

Sac County is trying, but it's hard when you read articles like this, all about the killing of healthy, adoptable animals because of the erroneous claim there aren't enough homes. Animals are being killed for treatable problems, and that is not just or right.

So when you think about no-kill versus the traditional animal control model, think of those dogs above who, in two days, were snuffed from existence because all of us aren't rethinking the role of the animal shelter in the 21st century. There is no excuse for this, only impetus for change. I don't spotlight Sac County because I think they are bad or animal control officers are horrible. But I do think the mentality, as expressed in the above article, focuses too much on what the shelter "can't" or "isn't" doing rather than on uniting the animal welfare community and moving the shelter system into a more compassionate and sustainable future.
Posted by Unknown at 3:41 PM