I was going to blog on SF Weekly's article on service animals, because it really annoyed me. 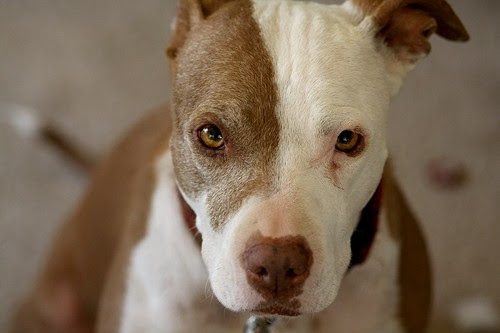 Mina is 10.5 years old. She did not require any special training to achieve this look of angst. She came with it, actually. Mina is a Sensitive Soul. Sometimes she smiles. I love those times. Other times, she gives me the saddest look imaginable. I hate those times. And when she sleeps, all is well with the world.

To be honest, Mina provides a service of being herself (and letting me hug her) in exchange for praise, toys, a bed, food, and access to my shins after a shower. I think the reason people (especially disenfranchised folks) want dogs with them throughout the day has less to do with "service" and more to do with reconnecting to our earlier relationship with dogs.

You can see it on farms or in regions of the world where there are still neighborhood street dogs. The dogs go everywhere with their people. It's not a perfect system, street dogs have short lifespans and some farmers see their dogs as disposable. Still, the dogs get to express themselves fully. They are not stymied by apartment doors and leashes and all the restraints a "civilized" society places on dogs and their guardians/owners. They go with their people and are at ease in the world. There may be moments of tenseness and fear, but mostly it's a relaxed state of being, a comfortableness that many city dogs lack, including my own.

Well, maybe things will change for Mina and Celeste once the sanctuary where I work moves to a larger facility. I'll get to bring them to work and there will be large meadows and pastures for them to run wild through. Mina even gets to have a pasture named after her. She will be gloriously emotastic in her pasture, sniffing and running and being Dog. Until then, I'll just have to run her hard and make sure she gets to de-stuff all the toys she wants. It's the least I can do, really.
Posted by Unknown at 3:54 PM